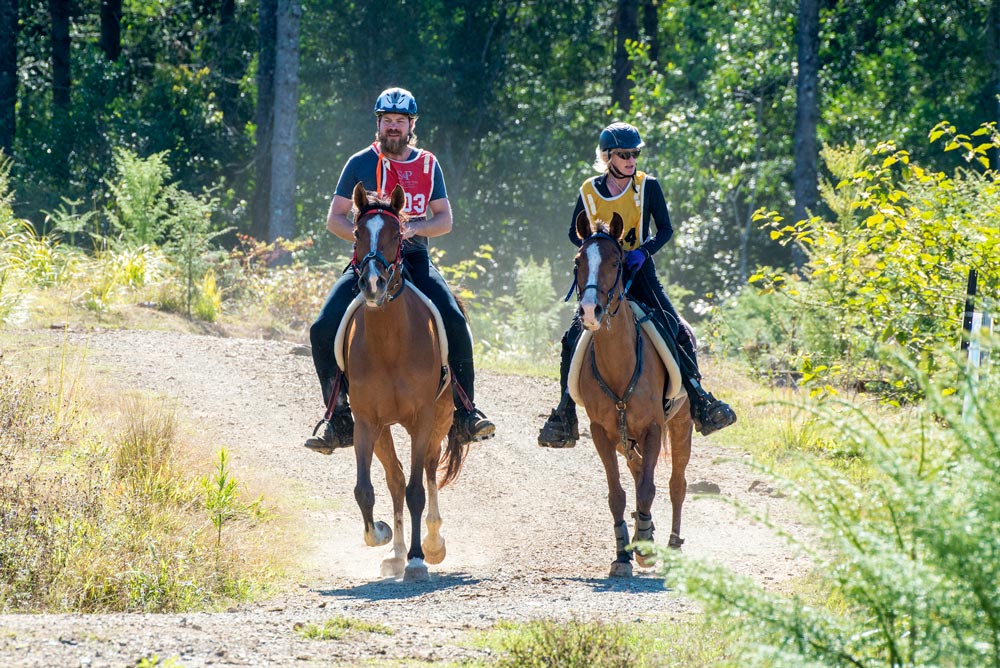 It was one of Imbil’s coldest nights as over 150 riders competed in the Queensland Endurance Riders Association State Championships on Saturday at the Stirling’s Crossing Equestrian Complex in Imbil in the Mary Valley.

Those participating in the 160km event set off in icy conditions at midnight on Friday night and it took Matthew Gadsby eleven hours and 48 minutes on horseback to cross the finish line and be named the 2018 QERA State Champion for the second year in a row.

Gadsby ― from Tweed Heads ― and his horse Maximus Ra averaged about 13.5 kilometres per hour and in addition to the state title, also took out Best Conditioned Heavyweight accolades, while second place went to Rod Field from Kenilworth and Paul Roosen from Cedar Creek.

In the middleweight category Kenilworth local Brook Sample ― riding Brookleigh Dylan ― completed the ride in 12 hours 36 minutes ahead of Keiran Sirett from Stockleigh and Leah Robertson from Nobby who crossed the line in third.

In the lightweight, Annette Chamberlain took line honours and was followed by Shelley Chapman from Kilkivan and Essy Mountford from Sippy Downs on the Sunshine Coast.

Matthew Sample, owner Stirling’s Crossing Equestrian Complex which hosted the event, said despite the cold, the weekend was a great success and congratulated all of those who completed the rides.

“We were delighted that amongst those competing were several 11-year-olds who qualified to ride in next year’s Tom Quilty by completing their first 160km ride this weekend. Setting out at midnight with around twenty hours ahead of you is no small feat when you’re an adult, never mind when you are 11 years old and it’s freezing cold outside!”

Two of the 11-year-olds ― Noah Hoogland from Upper Brookfield in Brisbane and Zac Sample from Kenilworth ― crossed the line together after 12 hours 37 minutes to take out the junior title, followed by Louis Ryan from Pullenvale.

“It’s great to see Brook and his son Zac both achieve first place in their respective divisions this weekend, it’s a fantastic achievement for these two riders and I couldn’t be prouder,” Mr Sample said of his brother and nephew.

Jan Rohweder from Riverview took out first place in the 80km race which also took place yesterday and with Wade Burgess from Tara coming second and Stephanie Malmborg from Silverdale coming third.